Eddy Rochester has a problem.

It’s not his TV-star mom, who skipped town with a creep and appears on Crime Scene: Miami in tops cut so low you can see all the way to China.

And it’s not his dad, who’s nearly pines himself into a box for Eddy’s mom, or his stepdad, who pines right along with him.

And it’s not his little brother Meatball, who stages his own death daily with the help of knives and tomato sauce.

It’s not his movie-quoting friend Rory “We’ve got armadillos in our trousers. It’s really quite frightening” or his pumpkin-faced rival, Joe Meyerhoff, who thinks Eddy’s just a user who’s slashed and burned his way through every girl in a fifty-mile radius.

It’s not his hit online show, Riot Grrl 16, or Gina, its unpredictable star, who has threatened to rip out his heart and feed it to her dog.

And it’s not even all those other girls, because he never makes promises he can’t keep.

The problem has a name: Lucinda. The name means light—and we’re not talking sunbeams, we’re talking lightning bolts. With Lucinda, Eddy’s not in the driver’s seat. But maybe, this once, he’s willing to go along for the ride.

This is the story of what happens when a guy looking for fifteen minutes of fame meets the girl who could brand his heart forever. 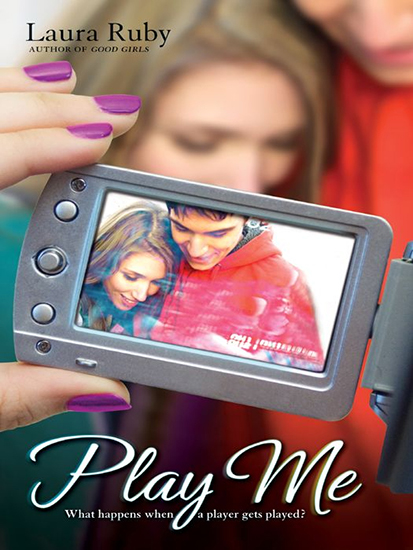 “In Ruby’s deft hands this is considerably more than just the tale of a player played…Guy lit with a brain and heart, this has plenty to offer both romantics and cynics about love, film, and transformation.”
—Bulletin of the Center for Children’s Books

“Pop culture (film related), innuendos, sexual situations (not graphic), and snappy dialogue are all a part of this relationship-centered read.”
—School Library Journal

“A good coming-of-age story where boy meets reality and discovers he may have to rethink the rest of the story.”
—KLIATT